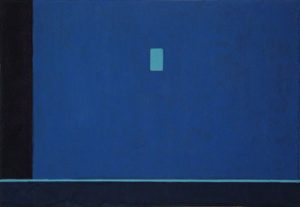 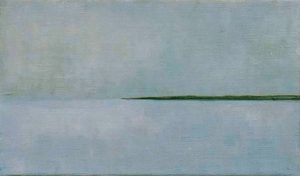 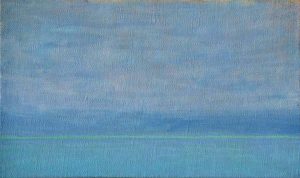 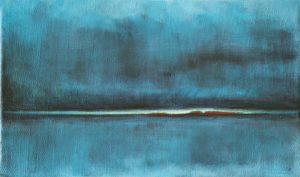 “Emptiness” and “void” are puzzling concepts to the Westerner; they have negative connotations of “nothingness” or “non existence”. They are often employed to refer to something material which is missing in a given space, a conception derived from our world-view, which is based on natural science. In the West, we have little use for emptiness and prefer not to confront it – it is difficult to grasp and impossible to control.
There is, however, another, diametrically opposed way of thinking about emptiness. Author Kimmo Pasanen explores the fascinating universe of emptiness in oriental thought and art in this beautifully illustrated book. It provides an overview of the evolution of Indian, Chinese and Japanese thinking related to emptiness, which reveals itself to be a founding cosmic principle and a crucial element in all manifestations of life. Understanding emptiness becomes a necessary step in understanding the oriental view of life and, in particular, Chinese landscape art and the Zen Buddhist ink art, sumi-e. These are, perhaps, the most beautiful expressions of emptiness and its importance in a life well lived. Using scores of illustrations, Pasanen leads the reader into the nuances of these art forms. Reading Pasanen’s book we also come to grips with the Chinese and the Zen Buddhist idea of wu wei — doing by not doing — the ultimate way to a harmonious existence.
Pasanen opens and concludes his book on a light note, painting a picture of the void and zero in western thought, which was marked for centuries by the belief that nature abhors emptiness. In the concluding chapter he reviews the few, earnest attempts of Western artists to capture emptiness in their paintings.
“Kimmo Pasanen’s Emptiness in Oriental Thought and Art, is an enlightening weave of history, art history and philosophy. It is highly readable thanks to the logical development of the ideas discussed and to Pasanen’s clear and beautiful prose. The rich illustrations deserve particular commendation.

(THE BLACK SQUARE AND THE SECRETS OF ABSTRACT ART

In the early 20th century, strange things began happening in art. Cubists shattered the window the Renaissance masters had opened on the world and ransacked the space they had penetrated, breaking into pieces the objects and subjects within it. The Italian Futurists worshipped speed and leapt into the driver’s seat of racecars and airplanes to roar into the new era. But nobody was prepared for the shock wave caused by the Russian artists who in 1915 exhibited paintings in which only plain geometrical forms, black and red squares, were visible. This baffled the public, and viewers remain at loss when faced with such artworks. The Russians went on to declare that painting had come to its end as an art form. Alas, not only did painting move forward more vigorously than ever. Half a century later in New York artists began creating black squares similar to those of their Russian predecessors, and once again these were declared to be the last paintings to be made.

In his book Kimmo Pasanen unravels the secrets of these mysterious paintings and leads us back to their origins and historic roots. Under his guidance we delve into the medieval debate on the nature of images, when theologians battled the Iconoclasts. After the great inventions and artistic assurance of the Renaissance era we move into the turmoil of late 18th-century Europe, when revolutionary ideas challenged established canons in all walks of life. Romantic philosophers and poets found a new source for art, placing the artist at the core of artistic creation, while the Realists declared their new credo of “art for art’s sake”. The seeds of modern art were sown and a century later began blooming in the form of abstract art, the multiple facets of which Pasanen explores with scholarly insight.
Pasanen’s well-paced story covers the major artistic movements of the modern era. He explains the what, who and why of modern art, delivering a thorough overview of the subject. A discussion in lay terms of some of the main philosophical issues involved concludes his artistic panorama and provides tools for further studies on art.

“Pasanen takes the reader into the artists’ discussion with admirable clarity and style. His text is crystalline and readily understandable, the book meticulous and carefully laid out.”